Vipers SC coach Fred Kajoba is confident they will progress to the next round of the Caf Champions League after the Ugandan champions were drawn against Al Hilal of Sudan this week. 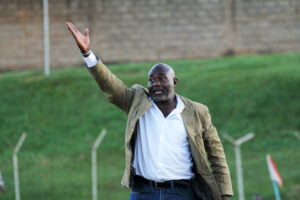 The 2019/20 StarTimes Uganda Premier League (SUPL) kings host Hilal on November 27-29 before the return leg in Omdurman on December 4-6.

That second leg will see Vipers returning to Sudan for the first time since 2018, when they knocked out Hilal’s rivals El Merriekh.

Coach Fred Kajoba is hoping for deja vu as Vipers eye the group stage, with the winner between Asante Kotoko of Ghana and Mauritania champions Noudhibou FC waiting.

But the clash at hand now is Hilal. “It’s another great opportunity to revive our fortunes in this competition,” Kajoba told www.viperssc.co.ug.

“We have what it takes to get past our opponents because the team has been at this level before and we have been preparing for this for many months.

“We have a good team and we believe that with determination and character, we shall get where want to be.”