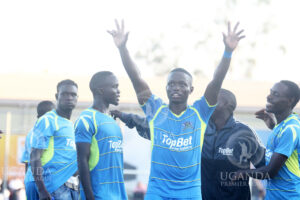 Paul Mucureezi scored the game’s only goal on 30 minutes as Mbarara City overpowered visiting Bul 1-0 in front of their home fans at Kakyeka Stadium on Wednesday.

The result sprung Mbarara to the top of the StarTimes Uganda Premier League (SUPL) table with 16 points eight matches into the season.

Defeat for Bul saw them drop one to fifth on 14 points.

This was Mbarara’s fifth victory as the Ankole Lions enjoy their best ever start to the season.

Defeat for Bul, who have actually won four in eight, was only their second. Only Vipers, KCCA and URA remain unbeaten.