Abdallah Mubiru, the Police coach, says his side’s progress is being impeded by constant instability at the club. 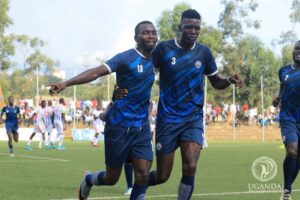 Every season has seen almost wholesome changes at the Cops. Mubiru, also the assistant Uganda Cranes coach, has seen it all having been at Police since December 2016 when he replaced interim boss Angelo Lonyesi, who had stepped in after Sam Timbe’s resignation.

“I think success is linked with talent and cohesion,” Mubiru, the StarTimes Uganda Premier League coach, is quoted by the Daily Monitor, “Players must stay together longer to give desired results.

Police currently sit one point above relegation with 25 having played as many games. The Cops boast of an enterprising style of play and can overwhelm any team on their day, yet they also have a habit of disappointing almost on regularity since winning the league in 2005.

And a season before that, the Cops had unveiled 11 new players including Juma Balinya, Norman Ogik, Albert Mugisa, Aggrey Madoi, Basan Saafi, Simon Tamale, Stephen Mugisha, Sam Kayongo, Shakur Makeera and Gift Ali. Most of these left the following season.

“In the past years, they (Police) have had a couple of good players, but they haven’t had anybody stay around for a while,” Mubiru said. “I want to emphasise a little stability instead of having to see a new face every season.”